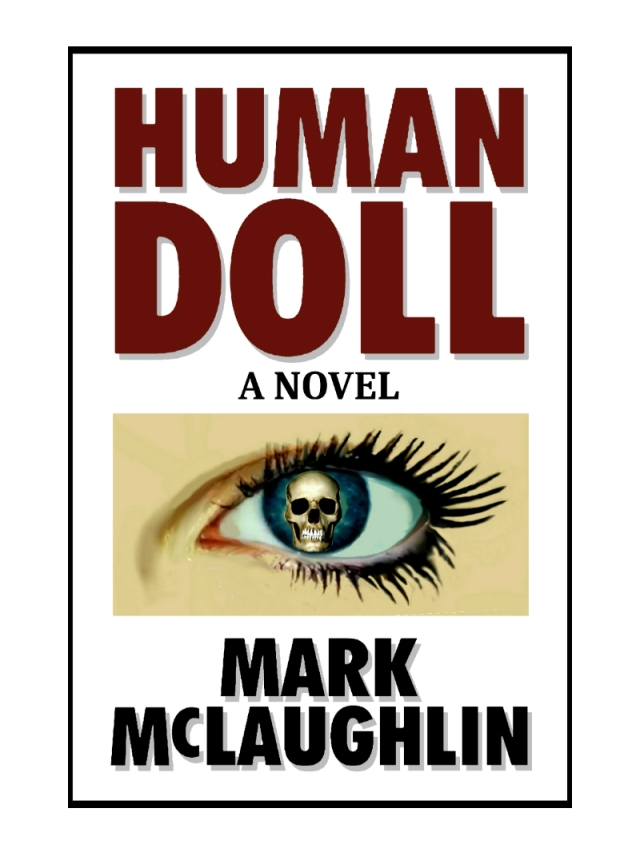 One by one, America’s most beautiful celebrities are dying. The murders are diabolically orchestrated so that the victims are subjected to extreme bodily destruction. These victims are all guests or cast members from two TV shows – a medical reality show and a talent competition for drag queens.

Male model December Storm appears as a guest on both shows. Dubbed a ‘human doll’ by the media, he regularly receives plastic surgery to enhance his looks. He is the founder of a modeling agency called HeadTurners, and is becoming one of America’s most popular, compelling celebrities. A private investigator is hired to look into the murders, and soon, it becomes clear that December needs to beware. He might be the next celebrity to die.

Mark McLaughlin’s fiction, nonfiction, and poetry have appeared in hundreds of magazines, newspapers, websites, and anthologies. He has written fiction and poetry collections for many publishers nationwide. HUMAN DOLL: A Novel is the first solo novel of this Bram Stoker Award-winning author.

Horror author Mark McLaughlin’s fiction, nonfiction, and poetry have appeared in more than one-thousand magazines, newspapers, websites, and anthologies, including Cemetery Dance, Black Gate, Galaxy, Fangoria, Writer’s Digest, Midnight Premiere, Dark Arts, and two volumes each of The Best of the Rest, The Best of HorrorFind, and The Year’s Best Horror Stories (DAW Books). He is the author of many books of horror, so be sure to visit his Amazon Author's Page at http://www.amazon.com/Mark-McLaughlin/e/B008QCY4TC/
View all posts by bmoviemonster →
This entry was posted in Uncategorized. Bookmark the permalink.